Although few individuals have used biometric locks in their lives, the majority are familiar with the principles. This, I feel, should be credited to a Hollywood blockbuster or spy film. A fingerprint door lock is a form of biometric door lock that is the most often utilized. Using a fingerprint door lock has a number of advantages, the most important of which is security. The following list from Stronghold Locksmith Teneriffe will examine some of the finest fingerprint door locks currently available, as well as the ways in which they may improve your security.

Dual authentication simply refers to the use of two of the following security procedures at the same time. Another advantage of this lock is its affordability, which means that many homes and small business owners will be able to employ biometric technology without breaking the bank or straining their budgets too thin. 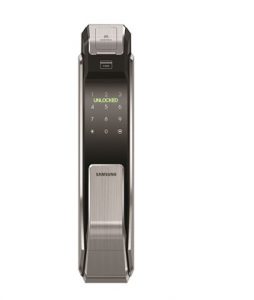 The Samsung SHS-P718 (SHS for short) fingerprint door lock is one of the better options that has appeared on the market. Before I get ahead of myself, you should know that my fingerprint door lock will not be perfect. You can anticipate it to include a number of features that make it easy to use while also improving the security of your business. It may also be used on residential properties, but because of its high cost, some homeowners may be unable to do so.

The SHS, unlike some of its competitors, does not use mechanical keys as a default access mechanism. Instead, each lock comes with five mechanical keys that may be used as an emergency override if the fingerprint door lock battery dies or if there is another power-related issue that prevents it from functioning normally.

Read More: What Is The True Definition Of A Smart Lock? 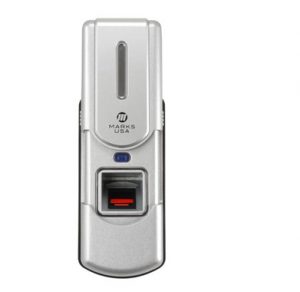 The cylindrical lever lockset is one of the most used types of commercial door locks. If you’re familiar with the amount of power that a lock can sustain, you’ll realize that a Grade 2 lockset isn’t terrible, but it’s no substitute for a Grade 1 lock. The 175 BIO lock, on the other hand, compensates for the lack of a Grade 1 lockset with extra security measures. 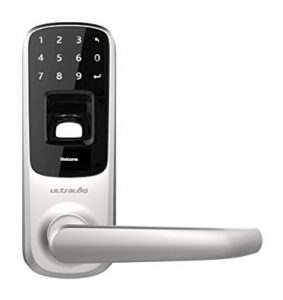 The Ultraloq UL3 is similarly priced to the last two locks we looked at. The lock’s cheap price is due to the fact that it is intended for use in both home and commercial settings. Because most residential buildings do not require the same level of access control as commercial sites, the Ultraloq seeks to strike a balance. It’s a noble idea, but it might result in this lock being considerably less secure than its competitors, which is why it’s in this position.

The lock is water and dust resistant to IP65, and it has a sophisticated fingerprint scanning mechanism that can store up to 90 users. In addition, the keyway is located at the bottom of the lock body, making it more difficult to abuse. However, don’t let this feature deceive you into thinking that this lock is the most secure choice available.